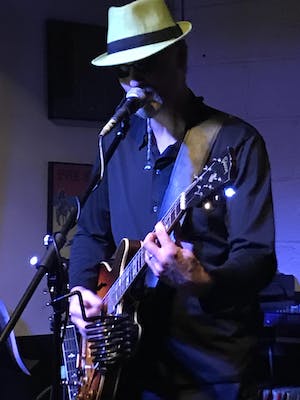 Steve Siekkinen is a DC-based singer-songwriter, guitarist, and music educator.

His wide-ranging repertoire is revealed in solo performances featuring both covers and originals or with his band questionsinletters, which does mostly originals. Under this moniker, Steve has self-released two intriguing rock albums:

_ _ESSAYS_ _, both available on iTunes and Spotify. His knowledge and admiration of various styles shine brightly in his writing, performance, and teaching.