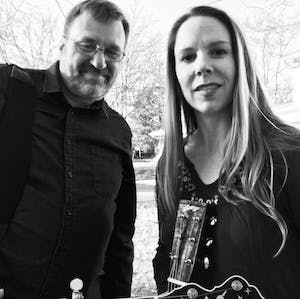 Peace Run is an acoustic duo based in the Washington, DC area. We play a blend of bluegrass, folk, and country, which includes covers as well as a growing list of originals. A project long in the making, we started out just playing for fun at open mic nights at the Tiffany Tavern in Alexandria, Virginia. In 2017 we decided to formally pull ourselves together into a duo.

Our lead singer, Shannon Leigh Reynolds, has a distinct, soulfoul voice that brings an authenticity to songs of all types. She has been singing for as long as she can remember, and in recent years has been pursuing music both as a solo act and as a member of several bands. Keith Arneson is lead instrumentalist, and is a master of several instruments, including the banjo (three-finger and clawhammer styles) and fingerpicking guitar. In May 2017, he retired as the banjoist of the U.S. Navy Band Country Current, recently released a solo instrumental album, “Namaste,” and was the 2nd place winner of the inaugural DCBU Mike Auldridge Instrumental Composition Contest with his original song, “Mysterious Eyes.”