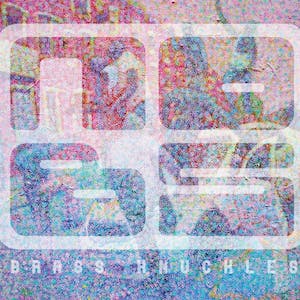 In early 2006, the concept for No BS Brass grew out of the friendship of founders Reggie Pace and Lance Koehler. Wanting to start a brass band with one foot in the rich tradition of such groups and one foot stepping into the future, Reggie and Lance sought out the strongest players in the city of Richmond. They recruited musicians with an incredible combination of skills and personality and the resulting 10- piece band touts Richmond's heaviest sounds. Trained in the conservatory and hardened in the garage, the members of No BS Brass began to ignite audiences with their original brand of epic party music.

The musicians of No BS Brass knew that their sound had to live up to the name. In putting together the compositions and arrangements, the band stripped away all of the "b.s." to give the audience something solid, unique, organic, raw and powerful, qualities that embody the true "Richmond sound." Their unique instrumental music draws from a myriad of influences. From moment to moment, the listener can hear Jimmy Page's guitar, John Coltrane's tenor and the lush chords of a Fender Rhodes, all recreated by a mix of trombones, trumpets, saxophone, tuba. Drummer Lance Kohler's relentless attack drives the band through air-tight grooves and punk rock freak-outs. While the band focuses on ensemble playing, it leaves room for each member to step to the front, upping the ante with improvisation. The infinitely danceable and high-energy music captured on No BS's studio albums, Where's Stefan, Alive in Richmond and the self titled No BS! sounds best when truly blasted.

No BS! Brass has performed all over the east coast, including a diverse array of festivals such as Camp Barefoot, the Richmond Folk Festival, Gainesville Fest, and VCU's BrassFest. Equally at home in the music club, the punk rock festival, the concert hall stage or on the parade route, the band creates new believers wherever it goes.