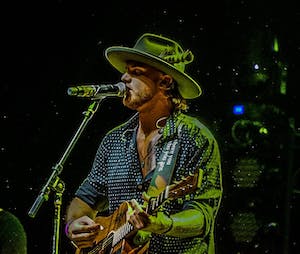 At just 18 years old, singer/songwriter/musician, Jackson Dean pours his emotions into his writing and performing. Born and raised in Odenton, Maryland, he started performing at local establishments when he was barely 14. Very quickly, this hometown boy has a loyal following who couldn’t wait to see what he would do next.

His musical style is a fusion of Americana, Old Country with a bit of Blues. The lyrics coming out of this young, old soul are incredible. This highschool senior with the voice of a grown man has brought a tear to many an eye with “Brother Come Home” off his first CD, The Flood Zone. Not to mention “Letters Home” and "Man Upstairs” from his second CD Who We Are

Over Spring Break 2016, he went to Nashville to check things out and ended up playing a couple of Open Mic nights and recorded a song at the Ryman Auditorium. He stood on the stage at the Grand Ole Opry and vowed to play there one day.

A trip to Nashville to record an EP of six songs proved very inspirational for this young man. So much so that he wrote five more songs in short order. He added them to the first six and Who We Are was born. The CD release party was epic with the harmonica player, Tim Gonzalez from Nashville, who came up to play that night. This full length CD (half recorded in Nashville and half in Baltimore) will have you hooked in no time. So many people say they just can’t get the songs out of their heads!

​In 2017, Jackson started a serious journey of writing and recording his music including several trips back and forth to Nashville to record originals.

​Jackson Dean headed back to Nashville in March to play at Florida Georgia Line’s new bar and will continue to play at local venues while setting up a tour for next summer.

​When he is not playing guitar or writing songs, Jackson plays football for his high school, loves to four wheel in the mountains and also bow hunts.

"I hope you enjoy my music...it definitely comes from my heart." – JD”

Richmond, VA based Holy Roller is hitting the scene with their self titled, debut album. With roots dug deep in rock, americana, soul, and country, Holy Roller brings a sound that’s as much new as it is a welcome home after too long spent away. Beautiful harmonies that seem to cry out like the rivers they were written for are paired with honest songs of love, loss, home, and heartache. Holy Roller is an absolutely compelling live performance and their recordings are both intimate and exciting, from the homesick, “Oh, Virginia”, to the R&B steamroller, “Muscle Up.” By way of the stage or by way of their debut album, this a group that wants to take you back to the front porch they grew up on. Holy Roller is a drinking buddy and an arm around your shoulder.