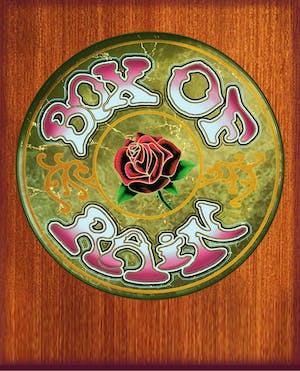 BOX OF RAIN is the classic six piece that pay’s tribute to the most prolific and finest period of the GRATEFUL DEAD, 68-74. Featuring an all star linup with former members of Dark Star Orchestra, Living Earth , Zen Tricksters and Dead On Live, BOX OF RAIN channels the sound and magic that could have only happened at that special time.

And what a time it was…the Dead were at the height of both their songwriting and improvisational prowess!!! Featuring an extended Pig Pen presence, one very swingin’ drummer and the most coherent and visceral space and improvisations, the typical 5-6 hour GD performances were legendary and a trip for sure.